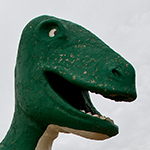 Roughly 615 wipes later and our beta test of the Mythic Argus encounter is finally complete. Absolutely awesome job by everyone to finally take him down, with the small added bonus of doing so before any major nerfs came through. Just like with KJ, there were a significant number of people who put in a ton of work and weren't able to be in for the kill for one reason or another. Huge thanks to: Zodey for taking on the boring job of being third tank for practically all of progression, Bnice, Aurasex, Iggkinz, and Hitmonree for putting in hundreds of attempts themselves, Hlpz for helping with raid calls and strategy, and Aeri for filling in when needed, keeping us stocked on consumables, and otherwise doing everything to ensure a consistent healing comp.
Top
Post Reply
1 post • Page 1 of 1